Dr. John Anastasio had a vision five years ago to create a learning and mentorship program geared towards helping new graduates gain valuable emergency medicine experience. Although this program was initially offered to Ross University graduates, it became apparent that there is an increase in new graduating doctors looking to head straight into practice instead of pursuing traditional rotating internships. Choosing this route limits the exposure to emergency medicine, which is so critical for new doctors to possess to not only be successful clinicians but also to provide ER care for their future patients.

During this time, our industry has also suffered a shortage of emergency doctors. Since Dr. Anastasio's program has taken off with great success, he saw this as an opportunity to help create a career path for ER trained doctors to our network locations who desperately need help.

To date, Dr. Anastasio's program, along with his VRC ECC colleagues' help, has trained ten catalyst program graduates for Compassion-First. Only two of these program graduates were for VRC, and the other eight were for various practices throughout the network. These ten doctors have gained skills that have given them the foundation to join Compassion-First, where they can continue to learn and grow with the exceptional teams at their new practices. VRC is excited to have the eleventh Catalyst doctor start next week.

Over the past six months, Dr. Anastasio has been collaborating with several of his ECC colleagues throughout our network to start a Catalyst program at their location. I'm very proud of the hard work that Dr. Anastasio and his colleagues have put into this program and feel his efforts exemplify our core value of Collaboration. He deserves to receive a Kudos award.

Nominated by his teammate, Libby. 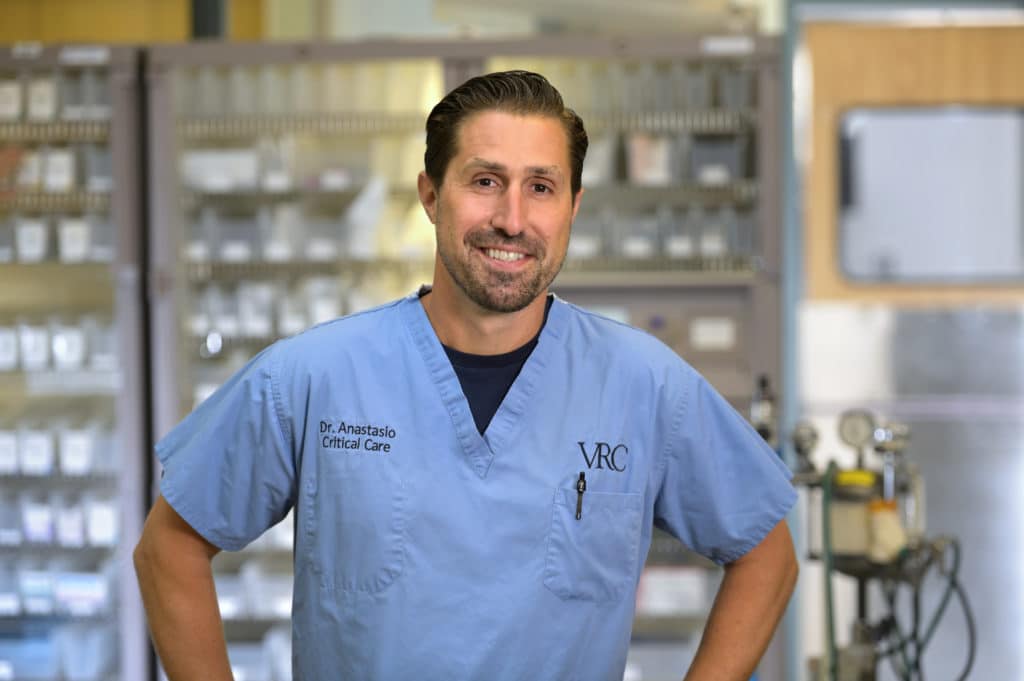 We work together toward our shared goals.

We value the strength of teamwork, supporting each other in the pursuit of happy, healthy pets.